Don't miss out on all the latest industry news, announcements, tips and deals from

A few words from our customers

“West Hill have been using Global 4 since December 2016.

We are a small school of 320 children and decided to try and cut our phone costs. We had a very old Panasonic System and were using BT for line rental and another company for call charges.

Global 4 have been very proactive throughout the process. James Routledge was able to provide with a breakdown of the costs and the likely savings and these have been found to be correct. The installation and the programming of the system were professionally carried out and when there were problems (caused by us changing our minds about the programming!) Global 4 sorted them out very quickly.

The training we have received has been well delivered and appears fool proof – we’ve had no problems. The billing has been accurate and regular.

All in all, Global 4 have been thoroughly profession and I would recommend them to you.”

“We have been working with Global4 for a number of years, I find their customer service right up there with the best of them. My main contact is Carl Barnett who always returns my calls if not available and only too happy to offer support and advice when required, also his product knowledge is very impressive too.

I am a fan of their 30 day rolling telephony contracts, this to me shows they believe 100% in their products, services and customer support – I have no issue recommending Global4 to any business.”

“I thought I should take the time to congratulate you on the excellent customer service I have received from you personally since switching providers to Global 4, with past providers the honeymoon period of good service has been short lived after the contracts have been signed but I feel to date you are still going the extra mile with your level of service and communication giving me confidence in your company, poor service not cost has historically been the main issue why we have shopped around at the end of the contract period. For us at Express customer satisfaction is crucial for long standing business relationships giving us the edge in the market place so it’s refreshing to receive the same high level of service.”

“Having moved all our lines across from BT & O2 about five months ago, life has gotten a lot simpler for us! Everything that James promised Global 4 has delivered on, smooth transfer, detailed billing, lower costs, top class customer service and you get to speak to real human beings who really know their stuff. It’s refreshing to find a company that can and does back up its sales promises.”

“I am writing to extend my thanks for the excellent service I have received from you and the team at Global 4.  I was recommended to use your company by other Belvoir Franchise owners and do not regret the decision I took.

The ordering process and installation went very smoothly and the telephone system you recommended is certainly meeting our needs.  I believe that the pricing package is very competitive and I am happy to recommend you and your company to others, and indeed have already done so”

“We have been very happy with the Phone/Broadband package that was provided by Global 4. We had some technical difficulty when the system was first installed but that was quickly resolved with the aid of your Technical Support & since then it’s been fine. Also the communication with Bills etc. & Customer Service has been just right.  Many thanks”

Roger Ghent, Chairman of Trustees for the Waterside Congregation

“Since being asked by our society to support this national agreement, we are very pleased with your service, no hidden charges, your invoicing is simple to understand, the ease and cooperation with your company has been refreshing and would highly recommend to anyone interested in a similar service. We now use the system for conference streaming with feedback from our users, very positive and reliable.

Thank you all for your service”.

“Having suffered an unfortunate experience with my previous provider, it was with some trepidation that I started searching for a replacement.  How refreshing therefore to find a company such as Global 4 who actually put the customer first.  No hidden agenda here and no contract which represents a smart move and instils a trust between company and customer.

Its early days but Global 4 get my approval and yes I will say it again, how refreshing!”

“I was very impressed with the installation and in particular the commitment of the engineers Andy and Tristan to get the job done, working out of hours to achieve it.

We are so far very impressed with the system although typical for a new system it’s going to take a little bit of getting used to!”

“We asked two companies to come and quote for a complete new install of a phone system and line rental, one being Global 4.  To be honest it was like chalk and cheese.  From the moment James turned up we felt he was listening to exactly what we wanted the system to do; he then recommended which system to purchase.  There was no hard sell just honest advice.

Upon completing the paperwork, we got an install date, and the rest is history.  The engineers were great, and the after service exemplary.  Would certainly recommend them, and will be using them in future shop expansion.”

“As a business as old as the hills, the Balcombe Estate isn’t used to change. We don’t change suppliers, we use contractors which have been around for donkey’s years and it took 10 years to take the colossal step of upgrading our computer system from Windows 97. Then, our phone contract came up for renewal. Widespread panic descended on the two staff we have in our office.

Fortunately, I’m pleased to announce we were approached by Global 4, who have been nothing short of exemplary. We were hesitant at first (“they aren’t BT.  How can they do phones?”). We took the plunge, and signed up, and have been delighted with both the pricing and service we have received.

Eventually, our telephone system gave up the ghost, and needed replacing. We didn’t know who to call, so we asked Global 4. James Routledge came; as with any ‘salesman’ we were a little cautious.

But this was the amazing thing; we were never patronised for being a very small setup, nor were we ever recommended anything which was far greater than our needs. James quickly diagnosed what we needed, showed us a demonstrator, and within 2 hours, I had a written quote. Naturally, we accepted it.

It was James’ attitude to dealing with us which helped sway our decision; the sales never took priority – James concentrated so hard on providing a good service, we were happy to let him sell us something. Far too often I deal with suppliers who are the other way around, and it was extremely refreshing to receive a friendly face who actually looked at what we got, and listened to what we wanted, long before any suggestion was made as to what we needed. James is nothing short of an asset to Global4, and should be viewed as an invaluable team member – he’s got the personal touch!!

I look forward to continue our working relationship with James and Global4, and I would be happy to recommend you to anyone – if any prospective customer wishes to have either a written or verbal reference from one of your clients, I’d be more than happy to provide one.”

“Having never dealt with telecom matters before, the one thing I was absolutely certain of was that I was not sure at all where to start.  It struck me as a complete minefield of jargon and technical details.  I received numerous complex quotes which proved extremely difficult to compare on a like for like basis.  It was a total distraction from what I wanted and needed to do – establish my new business, Belvoir Lettings first ever West London branch covering Chelsea and Fulham.”

“Global 4 and Carl Barnett however was a breath of fresh air and provided my much needed solution.  They took the trouble to understand my business and therefore our actual requirements. Their promptly supplied quote was clear, understandable, transparent and compelling.  A major attraction was their competitive pricing, but what truly set them apart from the competition was their focus on adding value to my business”

“Installation of my telephone lines, NEC telephone system and broadband by Global 4’s engineers was smooth and hassle free.  Throughout that process and since we enjoyed excellent support from Global 4’s Customer Service and Technical Support teams.  Their know how and ability to effectively resolve our queries always impresses.”

“Now the whole system is up and running, I have full control over my business - especially with the live call information that is provided by My Calls. Every call we receive is a potential new customer and I want to make sure they are getting the level of service I expect from my staff.  My Calls’ extremely useful information and handy interface enables me to do just that.”

“I strongly recommend Global 4 to any business owner or fellow franchisee having to consider telecom matters.  In my opinion and with the Olympics this year in mind, Global 4 would be worthy Gold Medal winners.”

"Further to my meeting with Carl from the Global 4 and comparing prices with my current package BT I decided to give Global 4 a try and to date I have found their service to be excellent especially all the help received from Carl who I found prompt and efficient.

Transferring the lines over was also a seamless process and I didn’t experience any loss of service.  I would totally recommend Global 4 as a company for telephone related services."

"We have been extremely impressed with the services Global 4 have provided, not only with the initial smooth transfer of the lines and calls, but also the on-going service received.   Global 4 delivered on every promise and have always provided a fast, efficient and reliable service and therefore we would certainly have no hesitation in recommending them"

"Thank you for making the move go as smoothly as possible. Your engineer has gone above and beyond the call of duty to ensure that everything completed and has been a massive help to the team. Your professionalism and that of your Engineer has not gone unnoticed. Thank you." 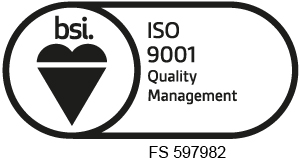 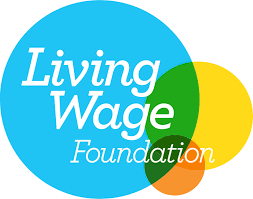 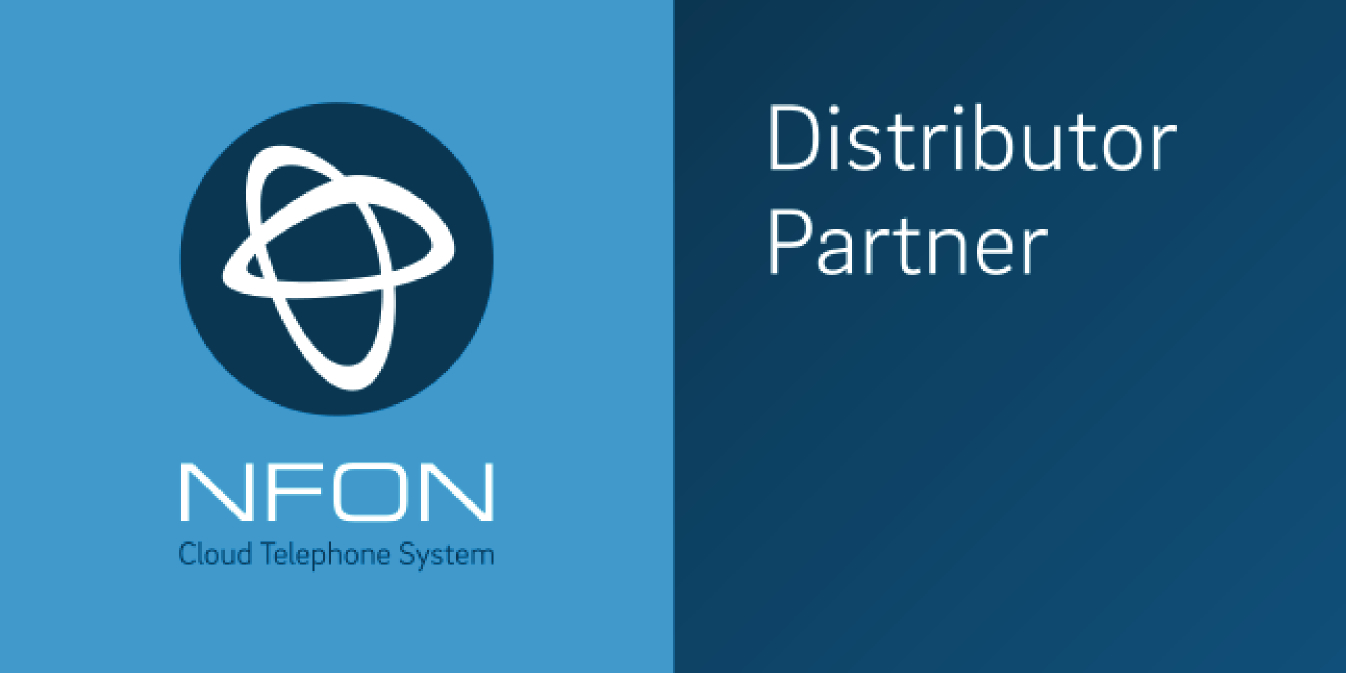 We are currently checking the phone line to the property. Once we have established connection speed we will redirect you to the page with all the connection details we have found. This can take up to a minute at busy times.